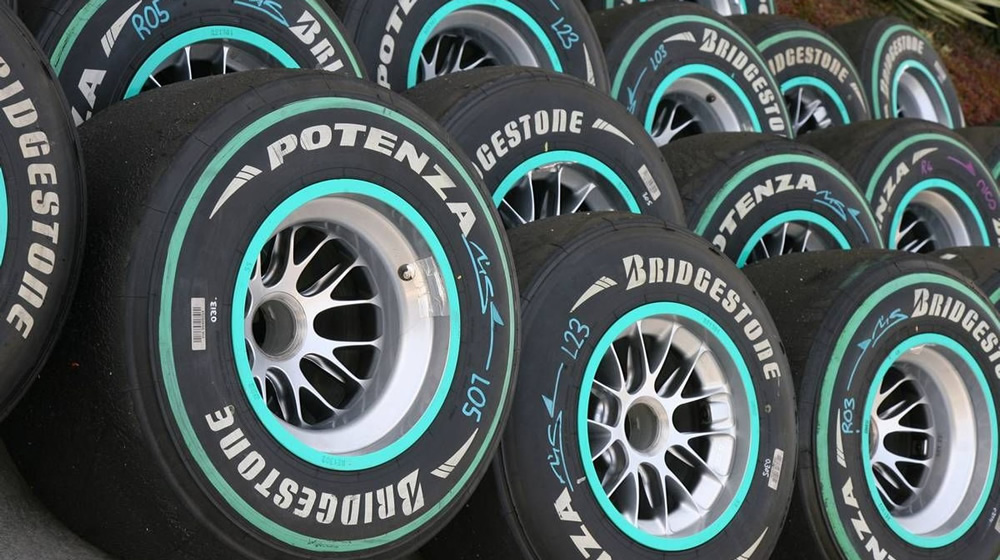 AKRON—After nearly a decade of "status quo" among the world's largest tire makers, the pecking order at the top could be in for a shuffle in the coming year or two, depending on how well Michelin's pending acquisition of OTR/industrial tire and wheel producer Camso Ltd. pans out.

Michelin's $1.45 billion offer to buy the former Camoplast Solideal could boost the French tire maker's annual sales by $900 million or more, putting Bibendum in a position to challenge Bridgestone Corp.'s 10-year reign at the top of the global tire league.

For 2017, Bridgestone retained the title of No. 1 tire maker by roughly $800 million over Michelin—$24.4 billion versus $23.6 billion—as Bridgestone's tire division reported 9.5 percent revenue growth versus 5 percent for Michelin. (Full rankings of Top 75 tire makers on Pages 14-15.)

The revenue from Magog, Quebec-based Camso would go a long way toward nullifying Bridgestone's advantage.

Michelin said combining the Camso business with its own OTR tire assets will create a global leader in OTR mobility solutions, with 26 plants, roughly 12,000 employees and annual sales exceeding $2 billion.

Goodyear remained a solid No. 3 in the overall tire rankings at $14.3 billion and maintained a $3 billion gap between it and No. 4 Continental A.G., which reported growth in 2017 of nearly 6 percent versus Goodyear's 1.4 percent.

While Goodyear's revenue gap to Continental is solid, one research group—London-based Astutus Research—maintains Continental is on the verge of demoting Goodyear to No. 4 in terms of passenger tire capacity. Astutus contends that the scale of Conti's capital spending on new capacity in the past few years—totaling close to 20 million units a year—has pulled the German company equal with Goodyear in the passenger/light truck tire realm.

One change did take place in the Top 10. Japan's Sumitomo Rubber Industries Ltd. (SRI) slipped ahead of Italy's Pirelli & C. S.p.A. into fifth after Pirelli completed the divestment of its commercial tire business—now operating independently as Prometeon Tyre Group S.r.l. and earning a spot of its own in the rankings (No. 32 with estimated sales of $900 million).

Sumitomo aided its own cause with 16.7 percent higher tire business revenue—reflecting the enhanced business generated by the firm's new business units established in late 2015 after the dissolution of its global alliance with Goodyear as well as greater sales of high-value-added products.

SRI's sales in Europe nearly doubled thanks in large part to the acquisition of Micheldever Group, a British wholesaler, and revenue in North America grew 15.7 percent as the expanded Sumitomo Rubber North America hit its stride.

Since starting the process to divest its commercial business, Pirelli's tire sales have declined nearly $1 billion—down to $6 billion last year from $6.93 billion in 2015.

Another company that solidified its position in the Top 10 by acquisition is Yokohama Rubber Co. Ltd., whose purchase of Alliance Tire Group in mid-2016 has bolstered the Japanese tire maker's sales since then by nearly 20 percent to $4.9 billion. ATG continued to pace YRC's growth through the first six months of fiscal 2018.

The other major merger/acquisition of the past year—Qingdao Doublestar Group's $607 million purchase of a 45 percent ownership stake in South Korea's Kumho Tire Co. Inc.—has yet to have any bearing on either company's financial results.

It's uncertain at this time whether the two firms will publish consolidated results. Should that happen, however, the resulting corporate entity's sales would be valued at more than $3.5 billion, or just outside the Top 10.

There's precedent for this happening. Giti Tire Group, the Singapore-headquartered company, includes the results of Indonesia's P.T. Gajah Tunggal in its fiscal financial reporting, even though it owns a minority stake (49.7 percent). Michelin also owns a 10 percent stake in Gajah Tunggal, which produces some tires under contract for Michelin.

For the annual Top 75 ranking, Rubber & Plastics News rates the tire makers on their revenue from the sale of tires they've manufactured in order to achieve a more equitable "apples to apples" comparison.

Excluded are items such as third-party sales of steel cord, synthetic rubber or carbon black, as well as estimates for non-tire items such as auto-service-related revenue at company-owned retail stores.

Bridgestone's position at the top of the ranking is solidified by minority ownership stakes it holds in two other Top 75 companies—a 43.6 percent stake in Turkey's BRISA/Bridgestone-Sabanci Tire Mfg. (No. 42 with 2017 sales of $630.2 million) and a 14.6 percent stake in Finland's Nokian Tyres P.L.C. (No. 21 with $1.65 billion in tire manufacturing-related sales).

Besides Prometeon Tyre Group, there were just two other firms debuting in the ranking this year:

One of the 33, however—Shandong Yongtai Group—recently went under court-ordered administration.

Trelleborg's growth reflects the full-year integration of Mitas A.S.' tire business, while BRISA Bridgestone noted a strong Turkish market and a measurable increase in export sales of its Lassa brand.

Collectively, the Top 10 tire companies accounted for slightly more than 62 percent of the world's tire sales last year, based on Rubber & Plastics News' numbers—down 2 points from the 2016 ranking, the first time in four years the top tier has failed to defend or improve its position compared to the rest of the global competitors.

The divestment of Pirelli's commercial tire business accounted for some of the decline.

The average operating earnings ratio among the 24 publicly traded companies included in this report was 10.3 percent, down a point and a half from the 11.8 percent recorded in 2016.

Fifteen of the 24 companies reported lower operating income in 2017 versus 2016 and two—Kumho Tire Co. and Titan—were in the red on an operating basis.

The average net income ratio for the group of 24 was 6.1 percent, a 0.7 percent drop from 2016. Fourteen of the 24 firms registered lower net income last year vs. 2016 and two—Titan and Kumho Tire —were in the red.

The average sales per employee for the 23 publicly traded companies that provided employment data was $203,847, up nearly 6 percent over 2016.