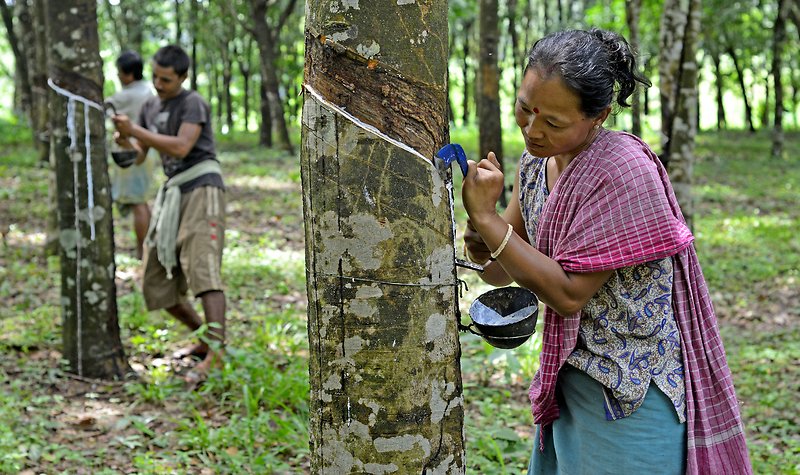 Due to extreme flooding in Kerala, India, in July and August, the Indian tire industry is expected to be negatively impacted, sector specialists are saying. A considerable shortage of natural rubber (NR) is expected to put pressure on operating margins for the country’s tire companies, credit rating and investment firm ICRA told the Financial Express September 6.

K Srikumar, vice-president of corporate sector ratings for ICRA, said: “Inundation and landslides in a few districts, apart from the possible threat of diseases on immature plants, will dampen the production over the next few months, the critical tapping season. We expect the NR output to decline by 1.2-1.4 lakh ton (or) 18-20% fall during FY19. With NR being a critical raw material, the sharp fall in output will have consequente impact on the Indian tire industry.”

Srikumar added: “As the domestic NR prices continue to increase due to supply shortage concerns, domestic tire makers continue to import with the current landed costs, lower than domestic prices.

However, with the expected rise in both domestic and global prices, exacerbated by the depreciating rupee, tire manufacturers are likely to witness pressure on margins. ICRA expects a 100-bps contraction in the operating profit margins for FY19.”

NR accounts for over 20% of Kerala’s total area under cultivation and the southern state contributes the largest share (84%) of its output to the country.

India is the second largest consumer (8% of global output) of NR, after China. Despite India also being a key producer contributing over 5% to global output, it remains a net importer. Imports have accounted for 40% of consumption in the past five years; and are expected to reach 50% during FY19 with the shortfall envisaged in output. NR imports are expected to reach an all-time high of 5.3-5.5 lakh ton during FY19.