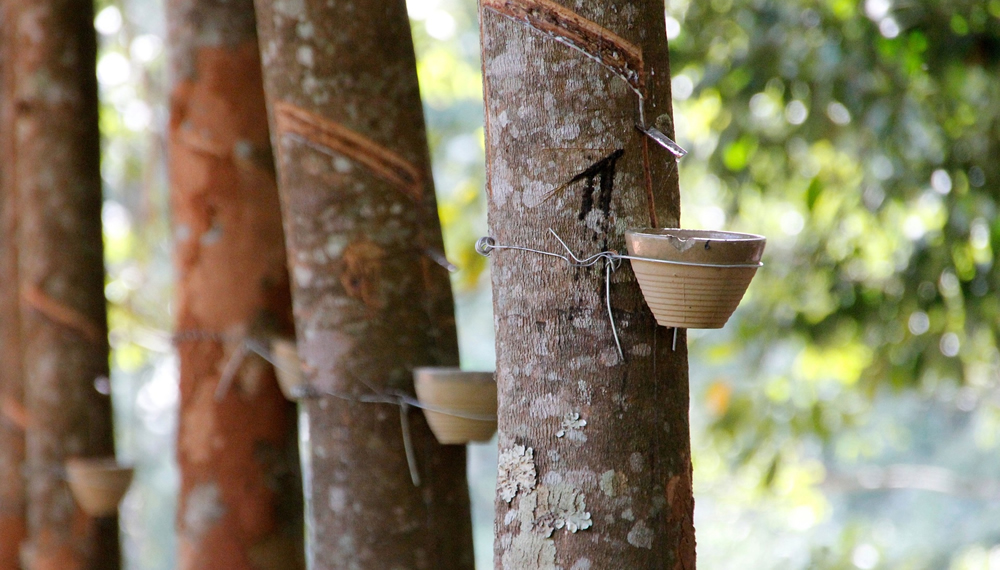 KUALA LUMPUR, Malaysia—The broad sentiment in the natural rubber market remained muted in the month of August due to a number of factors, including high levels of inventory in China.

In its monthly update issued Sept. 25, the Association of Natural Rubber Producing Countries said stocks were high at the designated warehouse of the Shanghai Rubber Futures Exchange and the warehouses in Qingdao Free Trade Zone.

Additionally, the seasonal factor is favoring supply and contributing to weak NR prices.

External factors, such as the mounting U.S.-China trade war and the sharp appreciation of the U.S. dollar, which resulted in outflow of speculative funds from Asia, also contributed to low natural rubber prices.

Currencies of major NR exporting countries suffered "major setbacks" against the U.S. dollar over the past few weeks, according to the ANRPC.

The world production of NR rose 1.3 percent year-over-year to 8.5 billion metric tons during the first eight months of 2018, according to ANRPC.

At the same time, global consumption rose 5.5 percent year-on-year to 9.3 billion tons , widening the deficit gap to 832,000 tons compared to 786,000 tons at the end of July. The mismatched growths in production and consumption, said ANRPC, helped absorb a portion of the surplus accumulated in the previous years.

NR production was hampered by heavy flooding in southern India over the months of July and August and leaf disease in some other natural rubber producing countries.